Korea: Josh at OFK notes the ruling Appeasement Uri Party lost big in the bi-elections. But as the government could not have changed, was it just a protest vote?

Curzon at CA argues we should nuke Pyongyang. That might make their South Korean allies angry.

Maybe it would be better just to tell other countries we are mad at the Norks? That’s the Japanese plan.

China: Danwei has more of the Nationalist Party of China-Chinese Communist Party meeting. Meanwhile, China snags a pipeline from Russia, meaning Beijing gets oil before Tokyo. Not quite as geogreen as earlier Chinese energy decisions, but sprining from the same needs. Maybe Peking’s new Russophiles should read the new blog that Zen Pundit discovered today?

Taiwan: On my computer, the website for the pro-Taiwan Independence Democratic Progressive Party says “Democratic Progressive Party”… in English. Geolocation? Or do the Taiwanese just like the look of our words? They certainly don’t like the look of pro-Chinese politicians. In “one-country two-systems” news, the Communists deny delay direct elections for Hong Kong yet again.

Nepal: Bill at Dawn’s Early Light seems more good news from Nepal. Things in the mountain kingdom have been looking up.

Canada (?!?): Will British Columbia’s Asian population make it closer to Seoul and Beijing than Ottawa?

What to make of this Friedman quote on education?

India and China know they can’t just depend on low wages, so they are racing us to the top, not the bottom. Producing a comprehensive U.S. response – encompassing immigration, intellectual property law and educational policy – to focus on developing our talent in a flat world is a big idea worthy of a presidency. But it would also require Mr. Bush to do something he has never done: ask Americans to do something hard.

He’s talking about some sort of interpersonal connection — one that can be “flat” or “not flat” (let’s call that one steep). I earlier defiend the types of controls as

At first glance Friedman’s “flat” just means “horizontal” — a relationship defined by a lack of nonconsentual violence. But that’s clearly wrong. A horizontal education system would mean one where students are there willingly, or maybe just that parents chose to send their kids to school. But I doubt Friedman truly supports that — what if parents do not want to send their children to school?

But on the home front, this team has no big idea – certainly none that relates to the biggest challenge and opportunity facing us today: the flattening of the global economic playing field in a way that is allowing more people from more places to compete and collaborate with your kids and mine than ever before.

Indeed, we can’t rely on importing the talent we need anymore – not in a flat world where people can now innovate without having to emigrate. In Silicon Valley today, “B to B” and “B to C” stand for “back to Bangalore” and “back to China,” which is where a lot of our foreign talent is moving.

The red bars show the flow of power from greater to lesser. “Higher-ups” have power over “lower-downs.” Being high means that you know the “right” way, while being low means that you need to be told the correct way.

The blue bars show friendship. The hippies are attatched to each other by common experiences, hopes, and desires. Additionally, there are no “higher-ups” or “lower-downs” — everyone is recognized as having the same amount of authority (if you don’t believe that’s possible, then assume these are drugged hippies).

So then, what would this be:

The red lines symbolize vertical power, so somone has police authority. Yet everyone is on the same level, so there are not leaders or followers. This is Friedman’s idealized school system — it is a flat vertical network

Friedman is not an anarchist or a libertarian. He believes in the importance of goverment. He also believes that the “top-down there are experts who know better” approach is now out of date. In Friedman’s philosophy, people should no longer “act steep” (externalize leadership to others) but should “act flat” (internalize leadership to themselves).

The best example of this is the Catholic Church. There is a definite right way and a definite chain of command. But anyone can leave whenever they wish.

There is much more to say on flat-steep controls, but those are posts for another time…

Update: Twenty Onwards has posted a detailed review of The World is Flat. Good Reputation Sleeping also has thoughts.

Bill at Dawn’s Early Light blogs on Indo-Japanese Connectivity and corruption in New Delhi’s arm purchases. Hopefully nothing like that is going on in Bollywood.

North of India, are good times returning to Nepal?

The ever-friendly Norks fire a missile at the Sea of Japan, and are fined by FIFA for the Pyongyang Soccer Riot. Curzon at Coming Anarchy notes that South Kotea is stepping up to held its old “friend.”

Perhaps the Indo-Japanese deal isn’t for nothing.. Japan’s drilling very close to Chinese oil waters under the name Imperial Oil

Quizas notes that Taiwanese anti-KMT protestors were more violent than Chinese anti-Japanese protestors. And what to regular Chinese think of Koizumi? 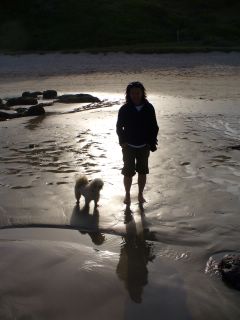 Last week, the Senate Democratic leader, Harry Reid, made an offer to head off a nuclear exchange over judicial nominations. Reid offered to allow votes on a few of the judges stuck in limbo if the Republicans would withdraw a few of the others.

But there was another part of the offer that hasn’t been publicized. I’ve been reliably informed that Reid also vowed to prevent a filibuster on the next Supreme Court nominee. Reid said that if liberals tried to filibuster President Bush’s pick, he’d come up with five or six Democratic votes to help Republicans close off debate. In other words, barring a scandal or some other exceptional circumstance, Reid would enable Bush’s nominee to get a vote and probably be confirmed.

But Frist should have grabbed Reid’s offer. He should have done it, first, because while the air is thick with confident predictions about what will happen if the nuclear trigger is pulled, nobody really knows. There is a very good chance that as the battle escalates, passions will surge, the tattered fabric of professionalism will dissolve, and public revulsion for both parties will explode.

If you are leading one of the greatest democratic institutions in history, it’s irresponsible to lead it into this bloody unknown if a deal on the table will give you much of what you want. As one senator who supports changing the filibuster rules says, “Is this what you want on your obit?”

Judicial filibusters are new. My former Senator, Tom Daschle, basically invented them. There is no reason for Frist to allow the minority party this new weapon.

I recognize this fight started out with how Daschle was stressing the personal and professional lives of some Bush appointees for political gain. A native of Sioux Falls, because he cared about his family more than Tom’s games, left the process early. Doubtless countless more good men will never get a vote, because the Senate Opposition’s slow torture was oto much for them. However, there is a larger principal involved.

This is a fight to reclaim the last branch of government from “liberals.” This is an attempt by a fourth generation political movement to cement its hold on power. As Ma Jones and dKos reported, by 2009 all but 2 of the 13 federal district courts could have Republican majorities. This goal is too important and too central to the Conservative cause to risk one more election cycle than need be.

Of course the groups want a fight. The activists get up every morning hoping to change the judiciary, dreaming of total victory. Of course they’re willing to sacrifice everything else for that cause. But senators are supposed to know that serving the interest groups is not the same as serving the people: it is serving a passionate but unrepresentative minority of the people. At some point, leaders are supposed to stand up to maximalists, even the ones they mostly agree with.

David Brooks is either a fellow traveler or behind-the-times. Brooks’ assertion that the Senate should not be factional rejects the reality of fourth generation politics. It also rejects the logic behind the federalists papers. The Constitution was actually designed for factional politics more than for partisan politics.

David Brooks, a columnist for the New York Times, should know this.